In 1999 Wilna Cloete and Ursula Triebe began independently with Christian kindergartens around Calitzdorp. From 2011 to 2015, the present-day kindergarten was built with two buildings. The two kindergarten buildings consist of eight classrooms with respective toilets, an office and a kitchen. The Project was funded by equity and donations. Furthermore Marlis Schaper and Elke Zwicker mobilised Ein Herz für Kinder– Bild hilft for the project, who financed a large part. On the first of March 2012 77 children moved into the first new kindergarten building. 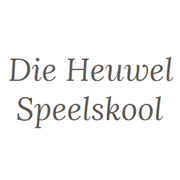 The Elnatan Foundation provided the necessary land for the construction of the kindergarten. Subsequently the Foundation Heuwel Trust was founded. The team consists of Johan Cloete (Founder of the kindergarten), Reenen Barry (Lawyer), Alice Le Roux (Books Auditor) and Klaus Triebe (Chairman).

Organisation of the kindergarten

The kindergarten Heuwel Speelskool begins in summer at 7 am, in winter at 8 am and is open until 4 pm. The children are between 2 and 6 years old. 60% of children are transported and 40% walk to the school, as there is no public transport. The language of instruction is Afrikaans and English. The curriculum is based on Christian principles. The children receive breakfast and lunch in the kindergarten. Presently (September 2016) 220 children are registered. Most children come from underprivileged families and live in simple conditions.

Education brings hope for the future. Gives self-worth and dignity. All people should have a right to these. Through its various projects SEEDS TRUST strives to make this possible to as many people as possible in an atmosphere of love and Godly values.