Sakhisizwe Youth Development Program, is an after school program that offers mentorship, academic support, and healthy living, through sport, life skill workshops, with an emphasis on spirituality and creativity. 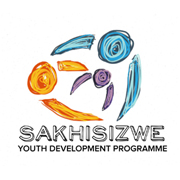 We aim to develop, and empower young people holistically, with life skills that will help them to make conscious decisions, and be able to unleash their potential to live life to the fullest. It is to make sure that our young people stay in school and graduate, while being fully prepared to succeed in their next phase of life.

Our mission is to offer mentorship, and leadership support to young people of Imizamo Yethu in Hout Bay, aged 13 – 25 years, through an aftercare program that offers academic support, healthy living through sport, life skills, spiritual journey and creativity.

We are building a nation by preparing our young people to overcome the challenges of adolescence and adulthood and achieve their full potential. We believe they are the future leaders who will shape the future of our country, South Africa. All young people need a variety of experiences to develop their full potential, as well as family support and other adults that believe in them.

Imizamo Yethu, translates to “Our Stuggle” from the Xtosa language. Located a little ways away from Cape Town, near Hout Bay, it is one of the many neighborhoods around South Africa, known as a “Township” – or, an informal living community, where most – if not all of its residents, live with out proper housing, sanitation, or adequate sewage. It is hard to get an accurate count of just how many people call Imizamo Yethu home, however, the numbers range between 33,000 – 60,000 people. These settlements are a left over relic of apartheid, when the native Africans were forced from their lands by the ruling British and Dutch, onto small, infertile patches of ground. Although much has been done to move South Africa forward since Nelson Mandela was elected president in 1994, corruption, high unemployment, lack of funding, slow economic growth, and systemic racism and poverty still hinder many people from being able to break into the working and middle class.

The dozens of children and teenagers that show up everyday after school to Sakhisizwe YDP are some of the most at risk youth, not only in South Africa, but the world. Gangsterism, substance abuse, food insecurity, crime, teen pregnancy, and HIV are just a few of the challenges many of them face on a daily basis. Despite so many insurmountable odds, they continue to fight for a better future for themselves. Sakhisizwe YDP gives these students not only a community, filled with mentors who help them with their education, and provide structure and discipline they may lack at home, but an appealing, constructive, fun alternative to staying out on the streets.

Education brings hope for the future. Gives self-worth and dignity. All people should have a right to these. Through its various projects SEEDS TRUST strives to make this possible to as many people as possible in an atmosphere of love and Godly values.