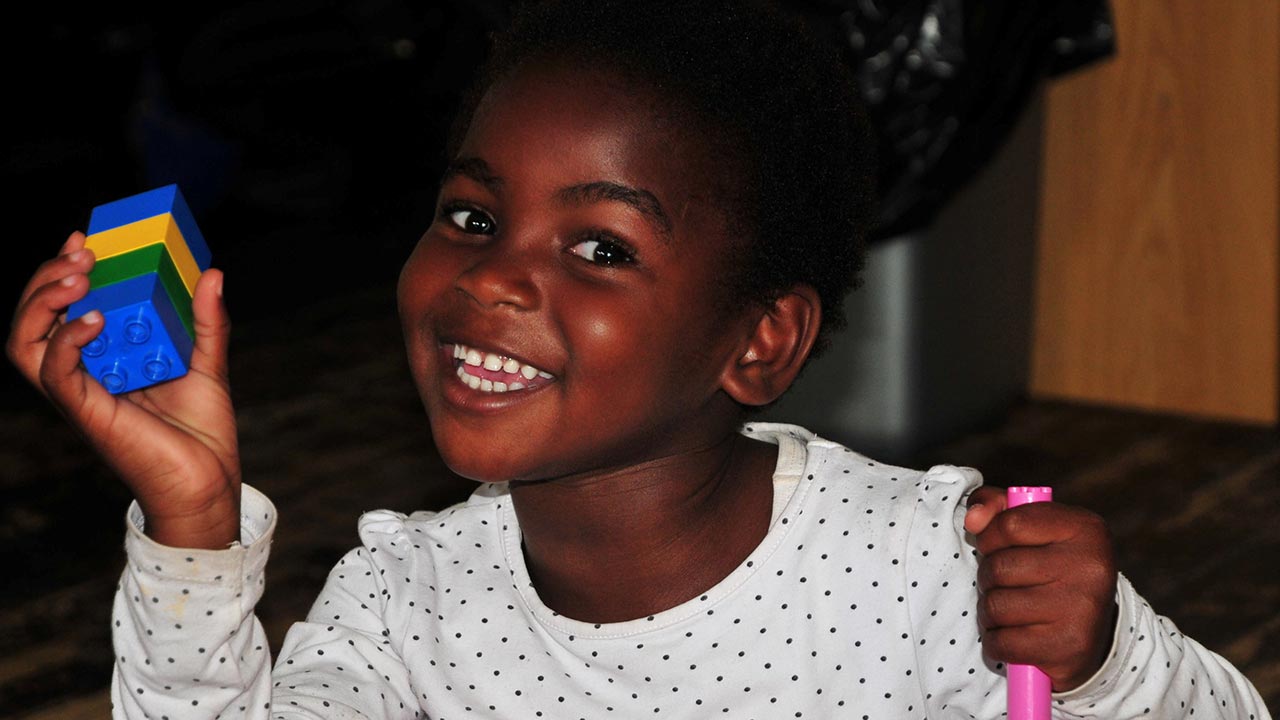 All of South Africa eagerly awaited the address by the President, Cyril Ramaphosa, given over the weekend.  Then finally came the ‘release’ from ‘lockdown’ Level 3 to Level 2.  A huge sigh of relief went through the country!  The economy can start to be stimulated again:  the alcohol and cigarette bans are lifted; the opening times of the restaurants are extended from 9pm to 10pm; domestic tourism is revived; travel within the provinces is allowed – and the fitness centres can re-open.

Only the curfew from 10pm to 4am and the international travel ban remain in force.  It remains uncertain whether all schools and kindergartens will be permitted to re-open.  The trade unions and some parents consider it unsafe to re-start schools because of the risk of infection.

Since 26th July, the kindergartens have only been open for Grade R’s.  In the beginning, we had just 20 children who arrived at Little Lambs – but the number has since grown to 50.  In the Heuwel Speeskool in Calitzdorp too, the picture is the same with only 50 children having returned.  In True-North’s 29 kindergartens, none are presently being considered for re-opening as the small number of returning children make this financially unviable; now September is being aimed at for re-opening.  We can only guess that the reason/s for the low attendance of the children at all ECD’s is that many parents are unemployed or, alternatively, only go to work for a few days or by the hour and can thus look after their own children … or maybe it is because parents just cannot pay for school fees!

Despite a lot of uncertainty in these difficult times, our efforts and work behind the scenes continue unreservedly.

We are informed from Headmaster Sheldon that, in both Grade R classes, only 50 children attend classes.  Here, also, one hopes for an increase in the near future – but, unemployment is alarmingly high and parents refrain from sending their children to kindergarten even if there they know that they are cared for and fed healthily.  Klaus and Ursula Triebe encourage the children to take part in lessons, even if the school fees are not paid.  Kinderhilfe-Kapstad would like to support the parents with paying the school fees – but, before we can make a commitment, we urgently need your donation pledges.

Calitzdorp is a small town with some 5,000 inhabitants and is in the middle of the Karoo on the famous R62 and approx. 450km from Cape Town.  Here, unemployment and poverty have always been particularly high; but now the situation has deteriorated further, so that even Klaus and Ursula had to temporarily close their farm stall due to a lack of tourists and local customers and, with a heavy heart, had to release their employees.  Nevertheless, this wonderful couple put their heart and soul into helping their employees, parents and children.

In order to support the parents from the Bergsig township in Calizdorp, Klaus and Ursula distributed smaller vegetable and fruit parcels at their own expense.  But here too, the many expenses are draining their reserves.  Thanks to donation, Kinderhilfe-Kapstad was able to step in and finance food parcels for the next 2 months.  The appreciation from the parents was incredible:  it is shocking to see the hardships they endue but, at the same time, heart-warming to receive their expressions of appreciation and gratitude. 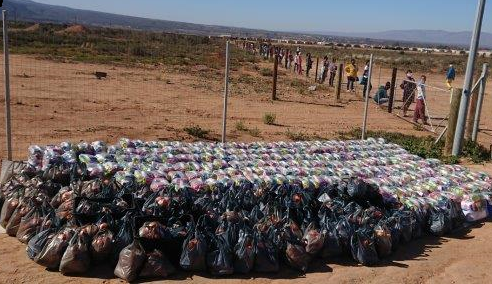 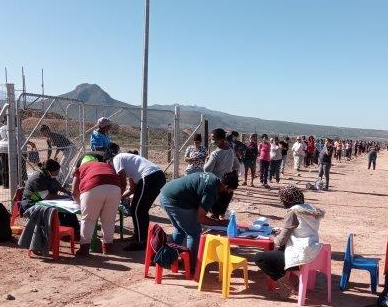 Progress made with the new After-School-Care Building:

Marlis is overjoyed that, despite difficulties due to the /corona lockdown and various other delays, the new school building is making good progress.  It is thanks to Klaus’s foresight that, right at the beginning of the construction planning, he purchased various building materials which were temporarily stored – thus construction can now continue unrestricted in level 2 lockdown.

In the meantime, Klaus has again approached Kinderhilfe-Kapstadt with a request for further financing for the 3rd school building as detailed hereunder:

Since there is no official sewer systems, a separate septic tank

The region around Calitzdorp suffers particularly from extreme

drought and precarious water shortages.  In order to ensure a

continuous water supply for the kindergarten, one water tank is

essential to catch the rainwater for the toilet systems (thus saving

expensive drinking water being flushed away) and one water tank

to provide drinking water for the 300 children.

The Organisation, True-North, is very important to us because it supports and takes care of 29 smaller and larger kindergartens – all of which are run independently but under the care of True-North.  Women from the township have qualified as Principals and others are usually employed as teachers.

The Principals and their teachers are suffering under the current crisis because their Daycare Centres are dependent on school fees as their only source of income – and during the lockdown no salaries or wages can be paid.  To date, True-North has assisted with raising funds for at least 50% of the wage bill and hopes to continue until the kindergartens are fully operational again.  Kinderhilfe-Kapstadt would like to contribute to this endeavor because, with this 50% of wages, most of these women have to support their entire family.

Thanks to your amazing support of Little Lambs, food parcels could be distributed in April and July – and vouchers in May and June to 300 needy parents.  There was also financial help for various acquisitions and renovations as well as support for the salaries of the 18 employees.  Your generosity was indescribable and touched all of us deeply. 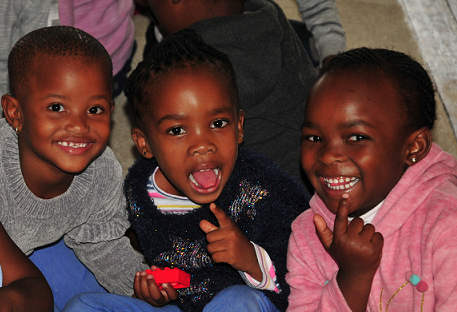 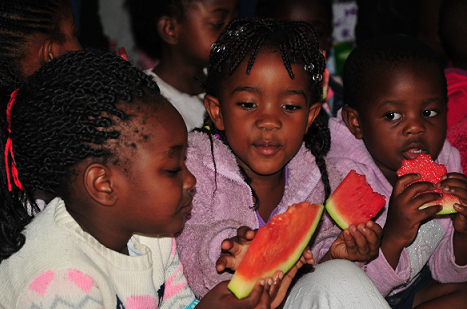 As always, we thank you from the bottom of our hearts and send our warmest regards.